8 Pass Charlie – “An Unsung Hero of Pakistan” – Our National Hero 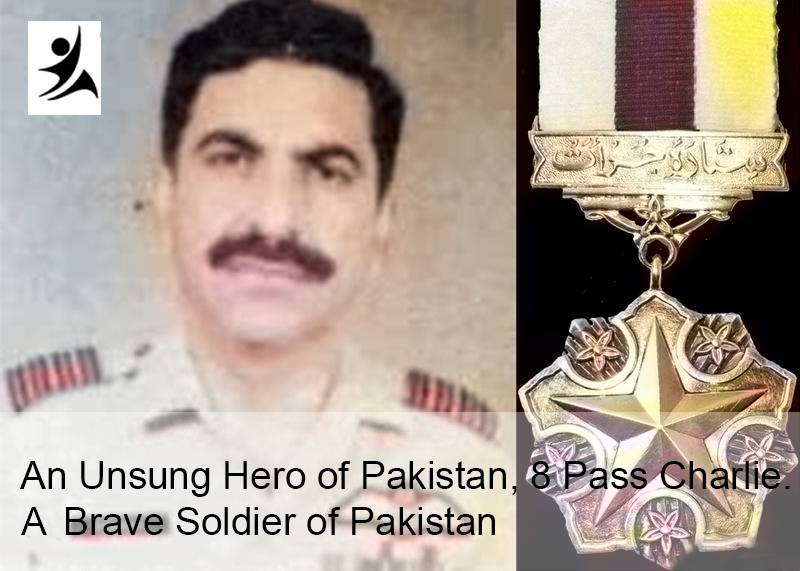 We know Najeeb Ahmed Khan to be the famous as 8 Pass Charlie Pakistani squadron leader of the Pakistani Air Force. He died while he was defending his team members. His plane’s gun stopped automatically. He was the Pakistani bomber jet pilot of the Pakistan Air Force of the jet B-57. He knew to be a Bomber Ace Pilot, which attacked the Indian forces at Adampur Airbase of the Indian Punjab.

He attacked many times during the India & Pakistan war in 1965. He was the Solo-pilot that attacked the Indian forces with only one bomb and came back with the speed of light. The Indian forces gave the name of 8-Pass Charlie because of his 8 attacks, which were on 100% accuracy on the target [1].

War Between the Indian Airfields of North India: [the_ad id=”2587″]

In the war between India and Pakistan, the Pakistani bomber of B-57 attacked the Indian airfields of Northern India (Indian Punjab). To avoid the Indian forces, he was the solo pilot attack with the speed of light and prevent himself from Indian Counter attacks. The Pakistani Air Force attacked the Indian Air force fields when they went for the rest and completed their task.

Bomber jets are very heavy and have a bomb weight of about 500lbs. These jets cannot prevent easily the enemy’s attack due to the heavyweight and a lot of weapons and bombs, if they came into the enemy’s radar. Najeeb Ahmed khan attacks at the night exactly after 30 minutes of the moon’s arrival. He dropped a bomb on the exact target with a hundred percent accuracy, before dropping a bomb. He turned off the plane and took a cut, dropped a bomb with the diving off his plane. Before the Indian Force attacked him, he came back and prevent them from their radars[2]. They always missed him and failed to target him. B-57 bomber jets can take 8 bombs and Najeeb Ahmed Khan, who was the solo pilot, attacked in the moonlight targeted the single point with a single bomb.

He gave the tough time of about 2200 hours alone to the Adampur Base with his bomber jet B-57 in the war on 6th September 1965. He always did eight passes in the routine wise and raided on the Indian Air Base with the exact target in the moonlight [2]. These jets have 8 bombs due to which they have to drop more bombs as compared to other fighter jets. They almost dropped all bombs due to which 2 or more bombs target a single point and the accuracy was not better [2].

One of the most powerful and confirmed attacks on the MIG-21 in the operational Readiness Platform was about to take off. The Najeeb Ahmed Khan attack him on his first raid at about midnight with his jet on 6th September 1965[3].

When he was going to attack the Indian air Base, he turned off the engine with his plane dive after taking a cut. He climbed over the bomb’s umbrella and low pass flying over the Indian Air Force base. Then he dropped a single bomb on the target with 100% accuracy and destroy it. He didn’t in a hurry to do an attack on the enemies. He attacked the enemies carefully and intelligently.

He had no fear of his life fighting with the enemies. When the Indian force realizes that the jet came, he uses the full thrust of his jet and went back to the Base. Similarly, he did about 8 attacks on the Indian Airbases in Adampur Base. The Indian Air Force is very impressed and gives tribute to the Pakistan Air Force of an unknown bomber pilot.

Paddy Earle, The Indian Air Force (IAF) tribute to the unknown ace pilot by saying that:

“I have the utmost respect for the Pakistani Brave guy who loved to ruin the calmness of our dreary lives! 8-Pass Charlie was an ace, but he had this horrible habit of turning up about 30 min. After moonrise, just as we were downing our first drink! Seriously, he was a cool dude and a professional of the highest order. To cover the direction of his run, he used to cut throttles before entering a dive, and by the time the antiaircraft opened up, he was beneath the umbrella of fire. After dropping his load, he’d apply full throttle and climb out above the umbrella.[4]“

India and Pakistan war was in full of peak and some stars turn the war from failure to victory. The stars which make the country’s name brighten are:

When he and his team were going to Halwara Air Base for the attack. His guns jammed because of some technical problem and he was covering for their teammates. But, his bad luck was that the enemy fire on his plane and got martyred in September 1965.

He was awarded the highest gallantry award of “Sitara-e-Jurat”, because of his bravery and intelligence. He was the Unsung hero of Pakistan, which was not shown to us at all. Najeeb Ahmed Khan was not an unmemorable pilot which will always remember. But media and TV did not talk about him and his bravery. Maybe the media will not talk about him and our next generation do not aware of his bravery and intelligence. [the_ad id=”2587″]