A Great Humanitarian in History Who Dedicated his Whole Life for Others, Abdul Sattar Edhi 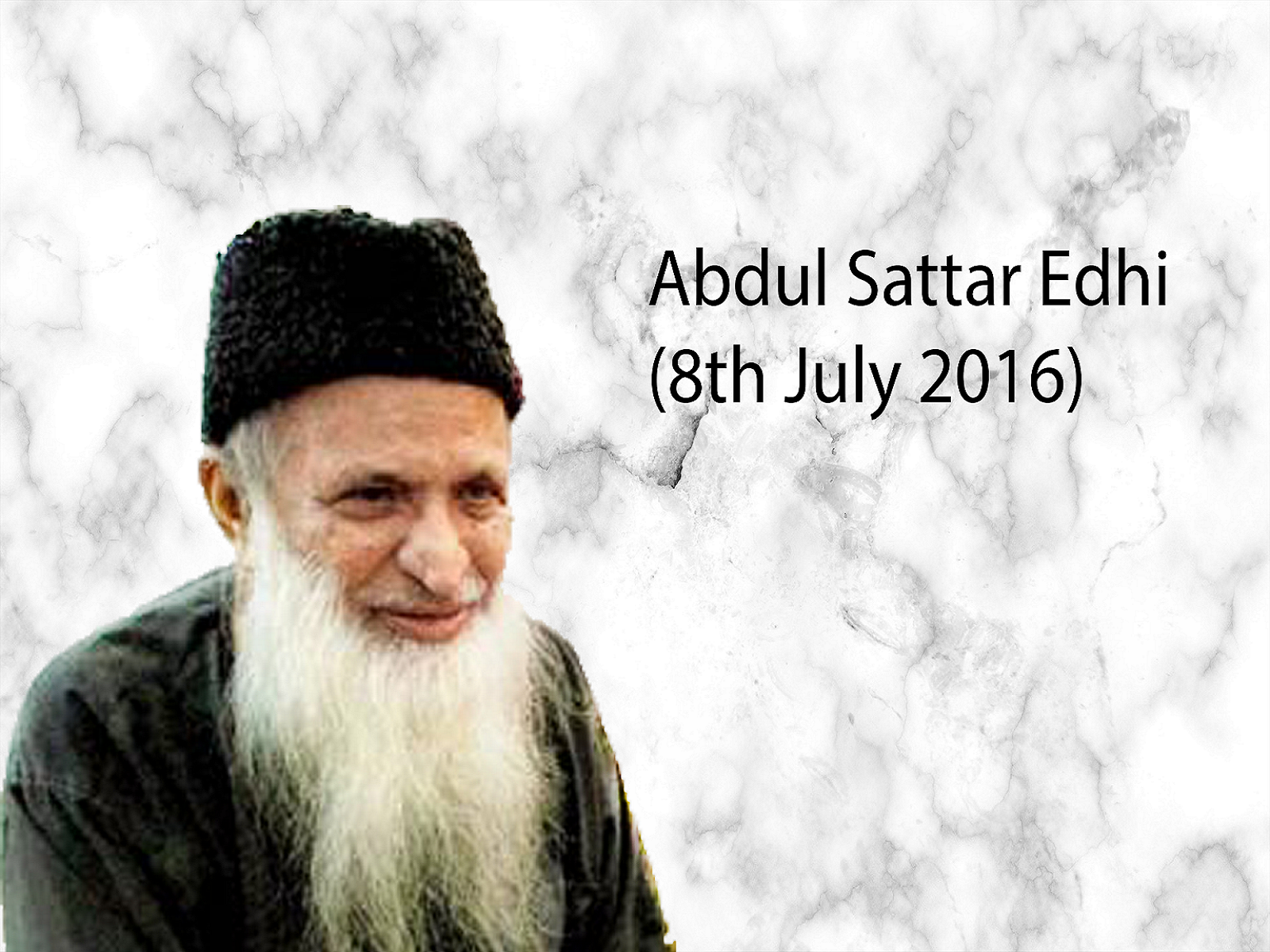 We know Abdul Sattar Edhi to be a great humanitarian in Pakistan. He worked for the Muslims and Non-Muslims of Pakistan. Abdul Sattar Edhi became famous in Pakistan because of his philanthropist and services given to the People of Pakistan. He provides Edhi services all over Pakistan. First, he himself provides services to the citizen of Karachi, later he became famous gradually. The people of Pakistan and over seized Pakistani provide aids, and it became the vast network with over 10,000 minivans. Now, Edhi became as the world’s famous philanthropist and hero of Pakistan.

The Former Life of A Great Humanitarian:

Abdul Sattar Edhi was born on 28th July 1928, Bantava. It is in Gujarat, India. Britishers rule over India called “British India”. He was from a “Memon Family”. His mother gives him “1 paisa” for his meals and the others to help and needy children. Abdul Sattar’s mother paralyzed when he was about at 11 years old. His mother died from a stroke in 1947. He cares to take of his mother, because of the caring and love, he had the experience as a dedicated caretaker service for the old mental, physical ill, and challenge. After the partition of India, he moved to Pakistan in Karachi. He sold clothes a few years and built a free dispensary for the community [1]. [the_ad id=”2587″]

He told “NPR” in 2009, “I saw people lying on the pavement. The flu had spread in Karachi, and there was no one to treat them. So, I set up benches and got medical students to volunteer. I was penniless and begged for donations on the street. And people gave. I bought this 8-by-8 room to start my work. [1, 2]”

He joined the “Memon charity” as a volunteer for 20 years. He feared the Memon can kill the human. So, he left the country and went to Europe, he went to London to ask for the donation. He interrogated the social welfares of London and watched the active programs[1].

“People have become educated, but have yet to become human.”

Disagreement in Date of Birth:

The interview of his wife “Bilquis Edhi” said to the channel “We never even celebrated his birthday while he was alive. We were unaware of the day he was born”. So, there is confusion about the date of birth, even Edhi was also unaware of his date of birth. But he believed that his date of birth was between 1926-1928[1].

When Abdul Sattar was in London, he spent his life helping the poor. He changed the face of the Edhi Foundation in Pakistan. Later, he founded the Edhi Foundation. In the early stages, he had the trust named “Edhi Trust” which was again refunded from 5000Rs., the trust later named “Bilquis Trust”, which was broadly for the poor and the needy person. Edhi received the amounts from various places from which he expands the services. From that day to today, Edhi becomes the biggest service provider all over Pakistan. Edhi Foundation rescue about 20,000 abandoned babies re-educate those persons that were going to suicide, which was about 50,000 and educate about 40,000 nurses. Edhi has about 300+ rural and urban Edhi centres all over Pakistan [1].

About 28 rescue boats Edhi service has which provide the medicine and first aid to the drowned persons and rescue them. They often used these boats in the Arabian ocean and when a flood came into the country [3].[the_ad id=”2587″]

Edhi service has about 18 homes that are all over Pakistan, of which 7 are in Karachi. In these homes, there are about 8500 boys, girls, ladies, and gents facilitate. Most of them are orphans and homeless boys and girls, who are mentally and physically disabled. There are a lot of women that are mentally and physically tortured in the villages and cities. The list of homes across Pakistan is over 8500 [3].

Bilquis Edhi in Karachi, primary and secondary schools are operating. In these areas service has been providing: “Old Sabzi Mandi, Noor Shah Colony Mirpur Khas and Masjid Road Nawabshah.”. In these areas, the students are getting a basic education [3].

From the services, one of the major services provided by the Edhi Foundation is that of the burned bodies and the unknown persons or which have no anyone in Pakistan. Graveyards have built in all cities of Pakistan such as Lahore, Karachi, Rawalpindi, and also in the USA and New York. Edhi Foundation buried about 58000 dead bodies that were unknown coffins and planned for their dead bodies. He became the first person who buried thousands of people in the grave [3].

Edhi Langar is for those persons that are living in the homes built by the Edhi Foundation. They also served these foods for the passengers [3].

Abdul Sattar Edhi was born in India in of city Bantava, Gujarat province. Edhi moved to Karachi and made the dispensary by his low-income, which was free for all the people who could not purchase any medicine. His mother paralyzed and mentally suffering from a major stroke, he was about 11 years old. He was inspired by the “Khaksar Tehrik” which was founded by the “Allama Mashriqi”. Lower class semi-military volunteer organization found it in “Khaki”. They work for the villagers that walked from one village to another village to solve people’s problems.

Abdul Sattar Edhi married by the Bilquis, which was the nurse at the “Edhi trust Dispensary”. They had 2 sons and 2 daughters. They had a running free dispensary in Karachi and adopted the orphans including small babies of some months or years. He wished his organs donated to the charity, but because of his poor health and condition, only his corneas could donate later. He buried in “Edhi Village” in Karachi [1].

Abdul Sattar Edhi was badly ill because of kidney failure and hospitalized on 25th June 2013. There can be kidney dialysis, a kidney donated by a person for the rest of his life. But he died on 8th July 2016. His age was about 88 years, both the kidneys completely failed and led on the bed in a hospital [1].[the_ad id=”2587″]

On 4th July 2016, the defence housing authority declared the beach name “Abdul Sattar Edhi Avenue” because of his welfare services in a lifetime [1].

National Reward for A Great Humanitarian [1]: